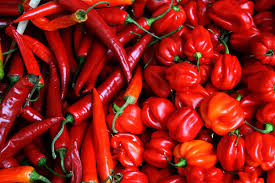 If you like your food then you will love Jamaica, your holiday in Jamaica will not be complete until you have sampled dishes such as Ackee and Saltfish and of course, Jerk. To best explain about Jamaica Cuisine I have “borrowed” a piece from Wikipedia:

Jamaican cuisine includes a mixture of cooking techniques, flavours, spices and influences from the indigenous people on the island of Jamaica, and the Spanish, British, Africans, Indian and Chinese who have inhabited the island. It is also influenced by the crops introduced into the island from tropical Southeast Asia. Jamaican cuisine includes various dishes from the different cultures brought to the island with the arrival of people from elsewhere. Other dishes are novel or a fusion of techniques and traditions. In addition to ingredients that are native to Jamaica, many foods have been introduced and are now grown locally. A wide variety of seafood, tropical fruits and meats are available.

Some Jamaican cuisine dishes are variations on the cuisines and cooking styles brought to the island from elsewhere. These are often modified to incorporate local produce. Others are novel and have developed locally. Popular Jamaican dishes include curry goat, fried dumplings, ackee and saltfish (cod) – the national dish of Jamaica – fried plantain, “jerk”, steamed cabbage and “rice and peas” (pigeon peas or kidney beans). Jamaican cuisine has been adapted by African, Indian, British, French, Spanish, Chinese influences. Jamaican patties and various pastries and breads are also popular as well as fruit beverages and Jamaican rum.

You can see the rest of the article here Jamaica Cuisine.

My own personal favourite is Jerk Chicken or Jerk Pork. Jerk food is really spicy and hot and although the mixtures and blends vary from one person to another, the mix will contain Garlic, Ginger, Allspice and of course, the red hot Scotch Bonnet chillies! Wow! If you like your food to taste spicy then this is definitely for you.

I found this delightful link that will give you an in depth explanation on Jerk food. Jerk Food of Jamaica